First of all, we wish to extend our deepest sympathies and condolences to the friends and family of those lost during the heavy rain in the Kyushu district. 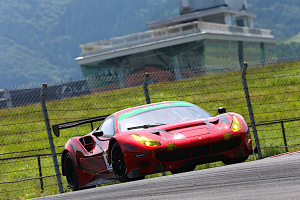 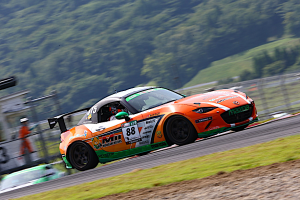 In the ST-4 class of Gr.2, Toyota 86 group were in good condition. #86 TOM’S SPIRIT 86(Matsui/Gamo/Tsuboi) of the ST-4 class won the pole position for the 3rd consecutive race. #93 SKR ENGINEERING ings S2000 (Ota/Sasaki) of the 2nd place of the series, got the qualifier 3rd place and fierce battle with #86 is expected. 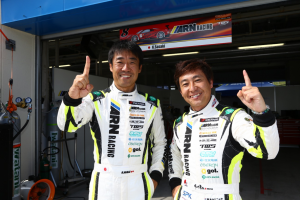 As such, this class was expected to have a very close race. On the other hand, #45 LIQUI MOLY RS3 LMS won the won the pole position to 4 consecutive qualifying in the ST-TCR class. This team lost the win due to an unexplained trouble in past finals. So, the thought that the team wanted to take the checkered flag at the end seemed very strong in this final. 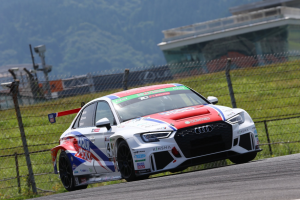 The final race will be held tomorrow on July 16 (Sunday), Gr.2 at 8:30 and Gr.1 at 13:20. Because of the accumulation of the weight handicap will increase this time, it will be noteworthy to see how far the machine with weights can advance to the top. This team lost the win due to unexplained trouble in past finals.

In addition, the STO carries out Super Endurance original “Kyushu northern heavy rain disaster donation” in this time, in the same way as in the case of Kumamoto earthquake.