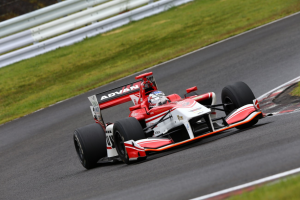 KONDO RACING # 3 Nick Cassidy showed the “Perfect Lap” and got his first pole position! Also the course record was updated. It was also Pierre Gasly’s second consecutive victory after Round 5.

When the tension increased, # 3 Nick Cassidy (KONDO RACING) updated the course record and won the first pole position as the championship finally. It was the order of # 19 Yuhi Sekiguchi (ITOCHU ENEX TEAM IMPUL) in the second place, and # 15 Pierre Gasly (TEAM MUGEN) in the third place. 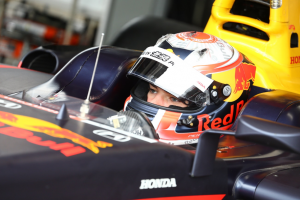 In this race, the tires are returned to one spec. As with the race from Round 1 (Suzuka) to Round 3 (Fuji), it will be a battle only with medium tires. It takes longer to warm up, and like last year all machines started their attack after the 4th lap.

SUGO not only has a short course length of 3.704km, but also almost no escape zone. A slight mistake leads to spinning and a course out, so it is said to be one of the most challenging courses in Japan. There is the possibility of red flags and confusion. How the team took clear laps became a very important qualifying session. 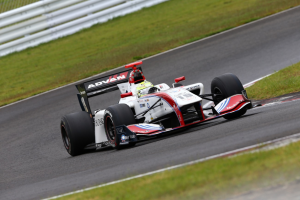 Although the number of Q2 decreased more than Q1, it was a difficult session with only a real lap attack of only 7 minutes. Who was doing very well here was #36 Lotterer. He beat out the top time with a brilliant attack.

Meanwhile, # 7 Felix Rosenqvist, who is also active in Formula E, lost the Q2. “The car was nice, but I got caught in traffic”.  He commented back on his driving. Others, defending champion # 1 Kunimoto, # 64 Nakajima, #41 Izawa, # 65 Narain Karthikeyan, # 10 Tsukakoshi also lost Q2.

In Q3, #3 Nick Cassidy changed the machine setting with Q1 and Q2, and beat the attack lap with 1’04.910, updating the course record. “It was a perfect lap” and looked back on his driving. 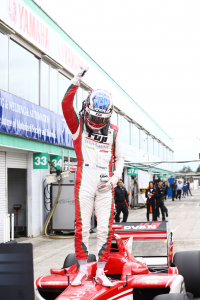